We will be demonstrating on how to use MySQL from terminal of MAC OS  which has MAMP installed on it.

Some common functionalities will include : 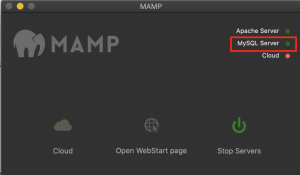 ERROR 1064 (42000): You have an error in your SQL syntax; check the manual that corresponds to your MySQL server version for the right syntax to use near ‘list databases’  at line 1 .The command instead of list databases can be use database or any other mysql command. The reason for the same is that the person didn’t logged in using root user / mysql user

It will ask for password, you would need to just press enter as by default password is blank in MAMP mysql user. In case you have explicitly set a password for root user, then enter that.
You will get a screen something like this :

Now, we can use commands like List DATABASES ; to view your database , USE DB_name; etc.
For importing a mysql dump into database, we can use following commands :

This will import your mysql dump. You would need to modify the path to matching your file location.

Boost your WordPress site’s speed up to 200% just by moving to BaseZap.

Our team is available and on-site 24/7 ready to help you.